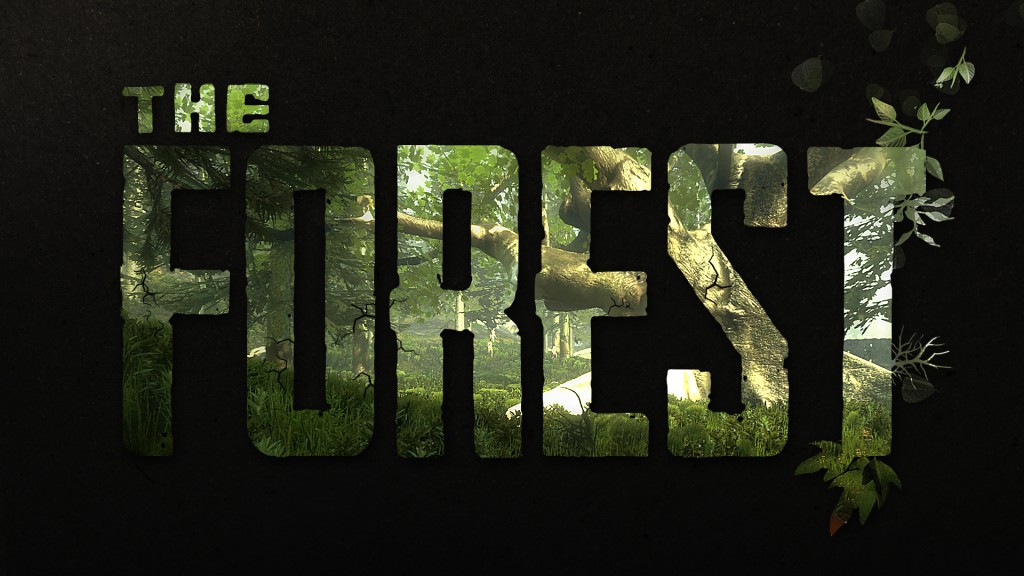 The Forest is an action horror with elements of survival in the open world. The main character is the only survivor in a plane crash on a strange and seemingly uninhabited island. The goal is to survive. Housing and fire will be needed to survive the cold night. The game will produce food and water. Also present craft. You will be able to cut down trees, put tents, make traps, cook food and much more. Your enemy, in addition to wildlife, are local mutants-cannibals. You can give them a fight or hide from them in the forest. If you like survival games, you can try Survisland.

The game is about survival on the inhabited island: the game character, who got to the island as a result of a plane crash, must find food and shelter, as well as defend against frightening natives-cannibals. The developers have set themselves the task of making an unusual game, not like other games in the genre of survival horror, such as Resident Evil and silent Hill, and instead were inspired by films such as “Ad cannibals” and “Descent”. Cannibals, opponents of the game character, are not mindless “zombies” — a tribe engaged in their own survival and claiming the same resources as the player.

During the day, the player can Wade into the caves where these creatures live at night, and kill them in a dream, until the complete destruction of the tribe — this idea was borrowed from the developers of Richard Matheson’s book “I am a legend.” The deeper the player descends into the caves, the more terrible and dangerous enemies confront him. In new version added co-op, which you can play together. In co-op death, you are reborn in the plane. Also, if you find resources, you can share with other players.

• Chop down trees to build a camp, or start a fire to keep warm. Scavenge food to keep yourself from starving.
• Build a small shelter or a large ocean side fortress. Lay traps and defences to keep a safe perimeter.
• Explore and build during the day. Defend your base at night. Craft weapons and tools. Bunker down during the evening or bring the fight directly to the enemy.
• Defend yourself against a clan of genetic mutant enemies that have beliefs, families, morals and that appear almost human.
• Use stealth to evade enemies, or engage them directly with crude weapons built from sticks and stones. 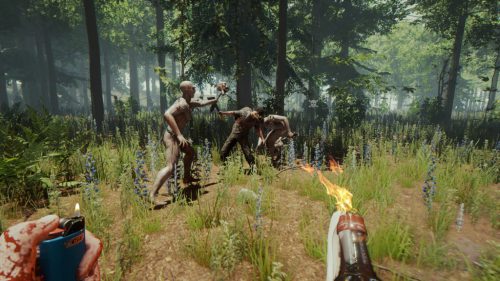 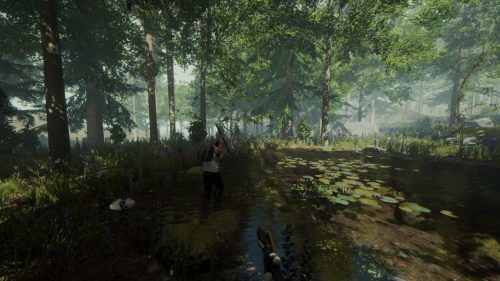