Bloons TD 6 is a continuation of the famous Bloons TD, which was released back in 2007. Then there was a whole series of new products that fell in love with players of different ages. The game is made in the style of “tower defense”. But instead of towers, funny monkeys are placed on the field.

The Bloons are back and better than ever! Get ready for a massive 3D tower defense game designed to give you hours and hours of the best strategy gaming available.

Craft your perfect defense from a combination of awesome monkey towers, upgrades, Heroes, and activated abilities, then pop every last Bloon that comes your way!

EPIC MONKEY TOWER UPGRADES
* 21 powerful monkey towers, including 2 all new monkeys – Druid and Alchemist!
* 3 upgrade paths – all monkey towers now have 3 amazing paths to choose between
* Tier 5 upgrades – top upgrades so powerful only one monkey can have them 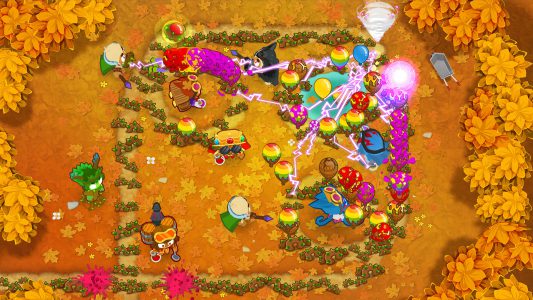 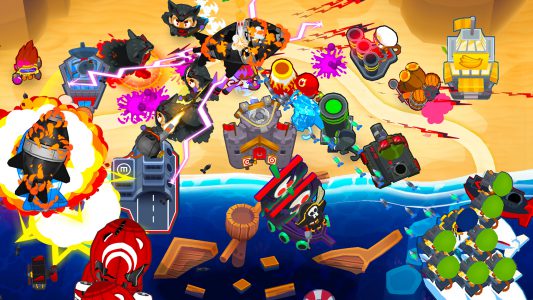