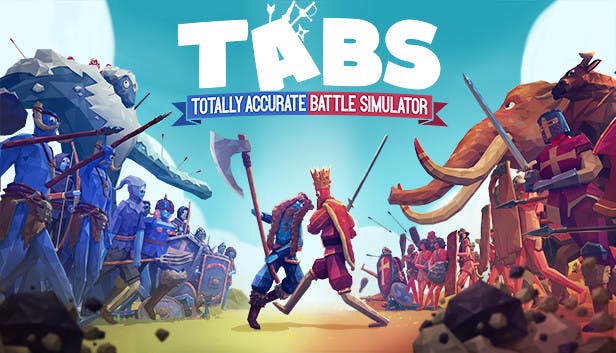 Totally Accurate Battle Simulator is a wacky physics-based tactics game. Experience accurate warfare through the ages, TABS uses state of the art physics-based simulation to provide you with never-before-seen insight to our greatest battles of history.

The player is presented with a range of opposing soldiers of various unit types, and the player in turn must place their own units on an opposite side of the field. After the player hits “start”, the two sides will then rush forward and begin to attack each other, and the player can pan the camera around the map and spectate the match.

The match ends when one side has killed all of the opposing soldiers. The public alpha contains a short 20 level campaign, with a variety of maps with different opposing enemy armies. Each level has a set price limit, but the player can purchase any amount troops they like as long as they do not go over the limit. Totally Accurate Battle Simulator also has a sandbox mode, which contains no price limits. 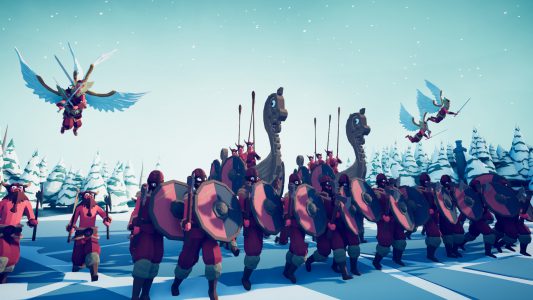 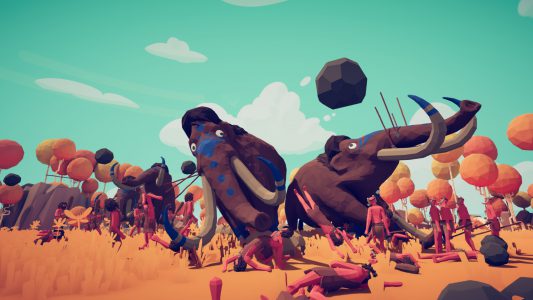