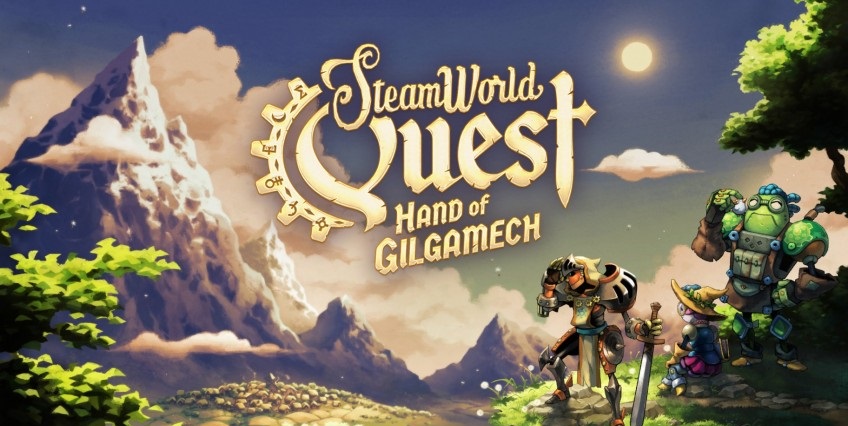 SteamWorld Quest: Hand of Gilgamech is the roleplaying card game you’ve been waiting for! Lead a party of aspiring heroes through a beautifully hand-drawn world and intense battles using only your wits and a handful of cards. Take on whatever threat comes your way by crafting your own deck choosing from over 100 unique punch-cards!

Steamworld Quest once again steps away from prior SteamWorld game, and instead of being a 2D platformer or a turn-based shooter like previous titles, it is a card-based RPG.
With over 100 cards to collect, combat is performed with turn-based gameplay like a typical physical trading card game.

There are five playable characters, each with different skills:

– Armilly the future Guild Hero who wields a sword and use buff, debuff and Fire attacks.
– Copernica the Alchemist who wields a tome and use Fire, Frost, and Storm attacks. She also use buff on allies.
– Galleo the Hermit who uses his knuckles and uses Healing abilities and Frost attacks
– Orik the retired Hero who uses his katana and uses masks to change his stats and Storm attacks.
– Tarah & Thayne, the Twin Bandits who uses axe & dagger respectively and uses debuff, status effects and Arcane attacks. 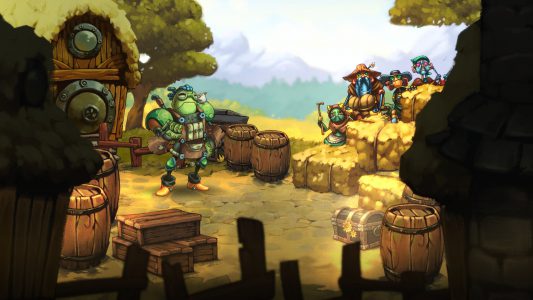 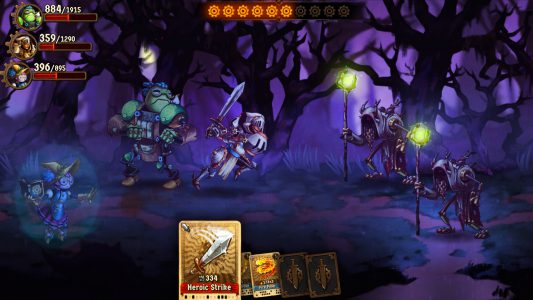