They Always Run is an action-adventure game developed by Alawar Premium for PC. This 2D side-scroller puts players in the shoes of a three-armed mutant bounty hunter who goes after some of the most dangerous and elusive bounties across the galaxy as they will hack and slash their way through its space western setting.

The galaxy’s inhabitants have been swamped by crime since the fall of the empire. Being able to find anyone, anywhere has become a highly prized skill.

Aidan is a three-armed bounty hunter who must hunt down the most dangerous and elusive cutthroats in the galaxy.

Some bounties are rewarded with money, others with valuable information that Aidan can use to find the people who set him on this path – all while getting embroiled in a galaxy-wide conspiracy. 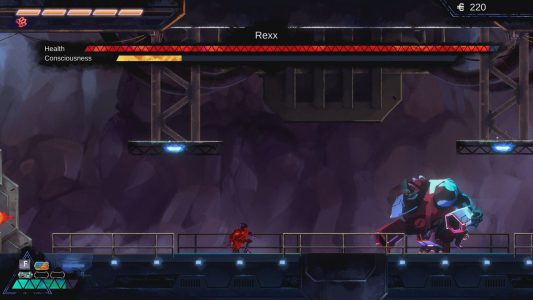 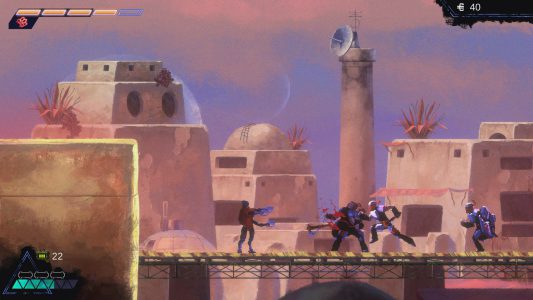