Sword of the Necromancer is a dungeon-crawler action RPG with Rogue-like elements where you can revive your defeated enemies to make them fight alongside you. Turn your foes into allies using the forbidden powers of the Sword of the Necromancer and help Tama reach the dungeon’s depths in order to gain enough power to bring Koko back from the dead.

– Turn your foes into allies: use the Sword of the Necromancer to revive defeated monsters and make them fight alongside you.

– Gather weapons and relics: each weapon is different from the others thanks to the procedural weapon generation system, which gives them various effects and attributes.

– Fight with all your might: defeat your enemies using a variety of weapons and objects and dominating the fluid head-to-head battle system.

– Level up: enhance your character by fighting enemies and upgrade your stats. Improve your summoned monsters by fighting alongside them.

– Death is not the end: Each try gets you closer to the Necromancer. You will lose all your equipped weapons and monsters, but you will retain half the level you achieved in your run.

– Learn the truth: Discover Tama and Koko’s past as you advance through the dungeon.

– Local co-op play: Use the Flask of Homunculus to create a copy of the playable character and play with a friend in local co-op game. 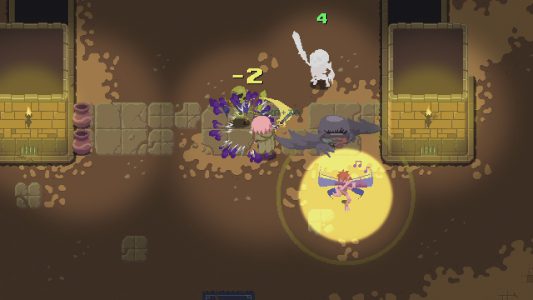 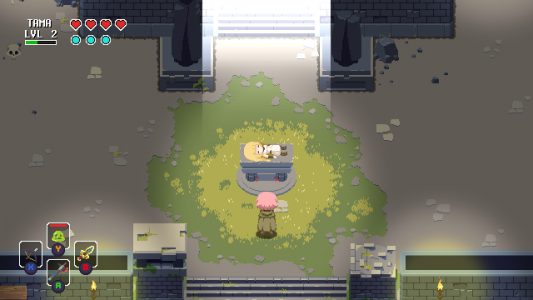