Roller Champions is a 3v3 competitive multiplayer sports game played from a third-person perspective. In the game, two teams of players compete against each other to earn five points within seven minutes by throwing a ball into a goal.

In order to score, a player must gain possession of the ball and skate at least one lap without being interrupted by opponents. Subsequent laps can be completed by other teammates by passing the ball to them. Players can earn more points per goal by completing more laps, though their progress will be lost when they are stopped by opponents.

When one team gains possession of the ball, another team must try to tackle and knock over their opponents, though such attacks can be dodged. Players gain more followers when they win a match, which will allow players to compete in matches with larger crowds. The player avatars and their gears, as well as fans’ outfits, can be freely customized with various cosmetic items. 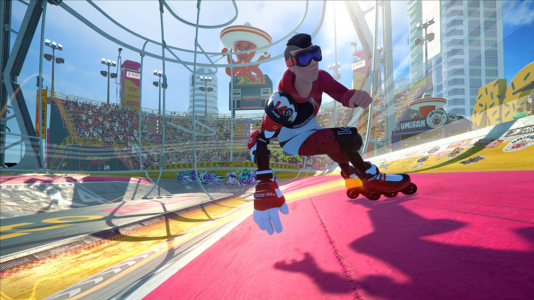 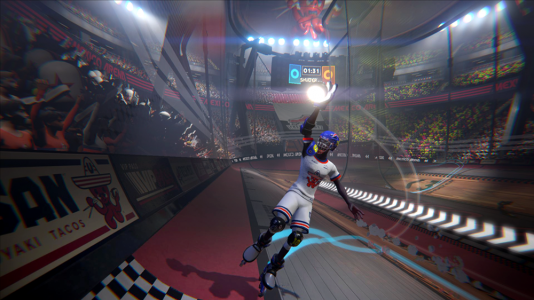