Glitchpunk is a top-down shooter that features 2D sprites in a 3D world. You can steal cars and drive them around a sprawling metropolis. There’s an in-game radio with music from indie artists and a comical news station with “absurd commercials.” The GUI shows your current cash, a radar of all nearby objectives and enemies, as well as your current “wanted” level that ranges from 1 to 10 stars.

– Brutal top-down action with a big arsenal of weapons to choose from
– Many different ways of locomotion, including trains, tanks, motorbikes, buses, trucks and obviously tons of cars
– Frantic police chases and up to 10 escalations of wanted-levels
– 12 gangs with their own stories, quests and culture
– 4 different cities, from the desert remains of the USA to cyberpunk Soviet Russia in a post-nuclear winter
– Mature story with several endings
– Rare artstyle mix of 2D sprites in 3D environment
– In-game radio with music by artists from all over the world, together with news stations and absurd commercials 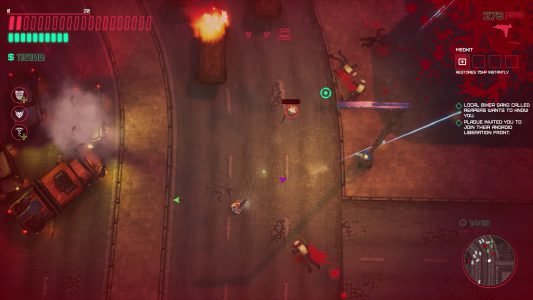 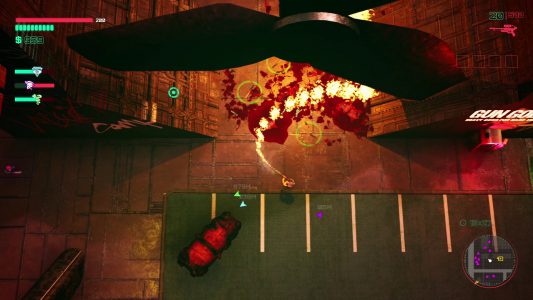